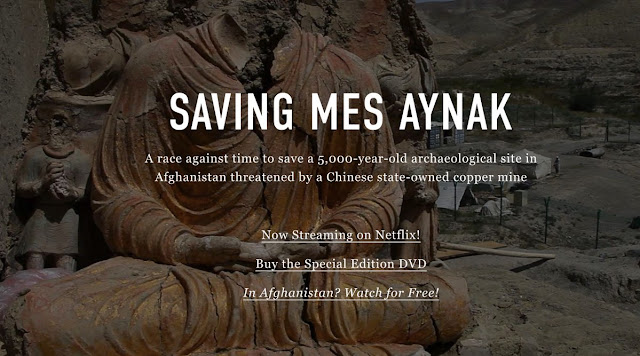 From: The Daily Northwestern,  by Madeline Fox, Campus Editor   January 24, 2016 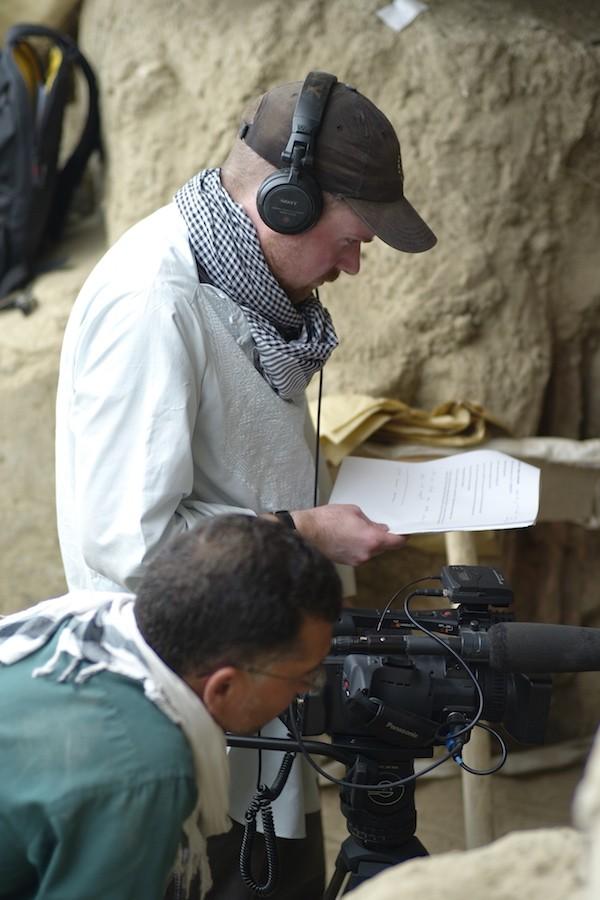 Source: Brent Huffman
Brent Huffman
Madeline Fox, Campus EditorJanuary 24, 2016
Poring over National Geographic magazines and dreaming of adventure while growing up in small-town Ohio, Medill Prof. Brent Huffman never imagined he would be making repeated trips into Taliban-controlled Afghanistan to chronicle Afghan archaeologists’ race against time — but beginning in the summer of 2011, he did just that.
The documentary filmmaker spent three years traveling in and out of the country to cover the excavation of Mes Aynak, an ancient Buddhist city near the Pakistan border that has been purchased by a Chinese mining company for its wealth of copper.
Huffman filmed the documentary, which followed the archaeologists working to save some of Mes Aynak’s artifacts before mining begins, over the course of a three years, all done in five or six trips of two to three weeks to the archaeological site.
“Looking back, it was a very ‘Indiana Jones’ sort of experience,” Huffman said. “It was really dangerous to go out there, but I felt the risk was worth it.”
The risk did pay off for Huffman. His film, “Saving Mes Aynak, won a $50,000 grant from The Reva and David Logan Foundation earlier this month, and was picked up by international distributor Icarus Films.
Getting it to this point, though, was a challenge, Huffman said. Setting out with a grant from the Buffett Institute and without a crew — he said he didn’t want to put other people at risk — Huffman joined up with a local “fixer,” someone who spoke the language and understood the customs, and began filming in June 2011.
Working without a crew, however, had challenges beyond simply the logistical.
“When you’re a crew of one, you feel that obligation and that pressure to get the story out there,” Huffman said. “If I was killed, the story would die too. There’s no one who’s going to pick up that story and finish it.”
Telling stories, particularly about people or issues he says are often ignored or misrepresented in the media, has always been one of Huffman’s passions. One of his first forays into filmmaking was a documentary he made in college about a maximum security prison in Ohio that focused on the individuals spending their lives behind bars and the corrections officers supervising them.
Growing up in the “one-stoplight, really tiny middle-of-nowhere, surrounded-by-Amish-country” town of Spencer, Ohio, Huffman said he was always more of an outsider, which drew him to stories about other outsiders, particularly marginalized and oppressed cultures in the U.S. and abroad.
He said he was interested in film while he was growing up, and his National Geographic subscription fueled fantasies of traveling and having adventures beyond his hometown.
After high school, he pursued his interests with majors in documentary filmmaking and anthropology at Antioch University in Ohio, which he capped off with a master’s degree in journalism with a documentary focus at the University of California-Berkeley.
“I loved art and was really interested in anthropology — and still am — and documentary filmmaking really combined all of that for me,” he said. “It allowed me to become a part of people’s lives in a way that I couldn’t otherwise and to tell people’s stories.”
He’s also worked to instill the same passion for storytelling in students, those in his documentary filmmaking classes and outside them.
Hannie Lee (Communication ’15) began working with Huffman in January of her senior year, and is currently an outreach assistant working on “Saving Mes Aynak”  at Kartemquin Films, a documentary production company that’s been working with Huffman on the film. Lee said working with Huffman has helped her learn to focus on the little aspects of storytelling that make a large impact and to stick with stories.
“He is always like, ‘go out and shoot something,’ rather than think ‘oh, I can’t do it because there’s no story there,’” Lee said. She added that he’s also quite literally enabled her to “go out and shoot something,” lending her his equipment to use for a documentary project as part of her internship.
Huffman’s interest in storytelling, as well as traveling, would eventually lead him to China, where he and his wife, who is Chinese, worked for a National Geographic offshoot after graduate school. Although he came back to the U.S. after several years, teaching at the Brooks Institute in California and later at NU, China remained at the back of his mind, so when he read a The New York Times article about a Chinese mining company setting up in Taliban country, he decided to pursue it further.
The next six years, which also included the birth of his two children, would see this one idea from a The New York Times article grow into an hour-long film with nearly 100,000 Facebook fans and screenings across the globe.
“At great personal cost and risk he went and filmed in an area of the world that not many people go to to film in,” said Tim Horsburgh, director of communications and distribution at Kartemquin Films. “(The film’s online following) is really a testament to Brent recognizing that this is an issue people would be passionate about and sticking with it.”
Huffman himself is very passionate about Mes Aynak. While the film is finished, he said his work is not. Although the film “doesn’t end with bullet points saying this is what should happen,” his ultimate goal in making the film is to permanently prevent mining at Mes Aynak so it can be preserved and explored.
“Making a film, telling this complete story that has an emotional impact — when you cry at a film, it ceases to be just this point of entertainment,” Huffman said. “Emotion can drive energy and be a catalyst for change.”
Posted by Hans van Roon at 21:25