The Odyssey of Ibn Battuta: Uncommon Tales of a Medieval Adventurer 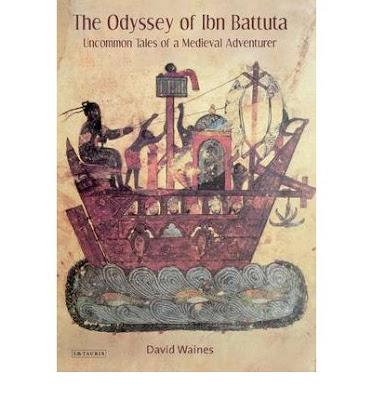 The Odyssey of Ibn Battuta: Uncommon Tales of a Medieval Adventurer
by David Waines

'In this thoroughly engaging book David Waines places the famous Moroccan traveller in the colourful context of medieval story-telling and travellers tales, establishing which of his writings were borrowed from other authors and which are plausible accounts of his own remarkable adventures. Waines shows how the details about food, hospitality, dress and sexual customs registered by Ibn Battuta fit into the broader milieu of a medieval world in which marvels and miracles, slave-girls and sultans, generosity and cruelty jostle for space and attention. The Odyssey of Ibn Battuta is a perfect companion-piece to the master-traveller's own extraordinary record.' --Malise Ruthven, author of Islam: A Very Short Introduction and A Historical Atlas of the Islamic World

'This book is more than just a highly entertaining account of the travels of Ibn Battuta in Arabia, Africa and South East Asia. It is innovative and offers a remarkable insight into the world of this intrepid globetrotter who travelled as far as China. David Waines has succeeded in making the reader feel as if they were really there, so clearly does he present the various anecdotes and the captivating details of ordinary life. It is a work of great scholarship and will be of interest to both academe and the general reader. A valuable contribution to Islamic travel literature.' --Dionisius A Agius, Al Qasimi Professor of Arabic Studies & Islamic Material Culture, University of Exeter 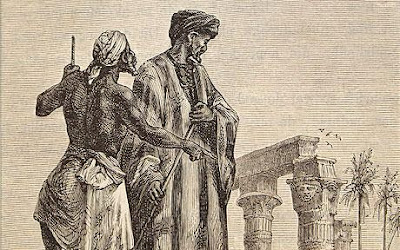 Ibn Battuta was, without doubt, one of the world's truly great travellers. Born in fourteenth-century Morocco, and a contemporary of Marco Polo, Ibn Battuta has left us an account in his own words of his remarkable journeys throughout the Islamic world and beyond: journeys punctuated by adventure and peril, and stretching from his home in Tangiers to Zaytun in faraway China. Whether sojourning in Delhi and the Maldives, wandering through the mazy streets of Cairo and Damascus, or contesting with pirates and shipwreck, the indefatigable Ibn Battuta brings to vivid life a medieval world brimming with marvel and mystery. Carefully observing the great diversity of civilizations which he encountered, Ibn Battuta exhibits an omnivorous interest in such matters as food and drink, religious differences (between Christians, Hindus and Shi'a Muslims), ideas about purity and impurity, disease, women and sex. Recounting the many miracles which its author claims to have experienced personally, his al-rihla or 'Travelogue' is a fascinating mosaic of mysticism and reportage offering a prototype magic realism. David Waines discusses the subtleties of the al-rihla, revealing all the wonders of Ibn Battuta's world to the modern reader. This is a gripping treatment of the life and times of one of history's most daring, and at the same time most human, discoverers.
Posted by Hans van Roon at 09:24