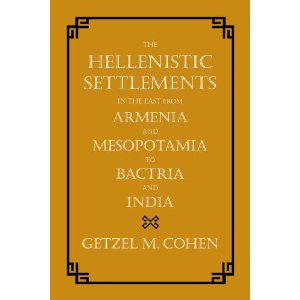 This is the third volume of Getzel Cohen's work on the Hellenistic settlements in the ancient world. With the conquests of Alexander the Great, Greek and Macedonian culture spread deep into Asia, with settlers planting their flag as far away as India. In this book, Cohen provides historical narratives, detailed references, citations, and commentaries on all the cities founded (or refounded) in Mesopotomia, Armenia, Iran, and India. Organized geographically, Cohen pulls together discoveries and debates from dozens of widely scattered archaeological and epigraphic projects, making a distinct contribution to ongoing questions and opening new avenues of inquiry.