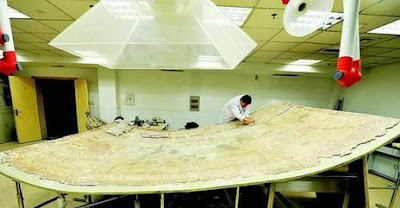 A Scientist is repairing an ancient mural in an 1,500-year-old tomb in Shanxi province.

The tomb of Xu Xianxiu, a high-profile official of the Northern Qi Dynasty (550-557), was unearthed a decade ago, but has since suffered severe oxidization due to exposure to air, according to Wu Guangwen, head of the office that oversees the protection of the tomb.
Wu said the wall paintings were improved after the maintenance work, which was undertaken by the Dunhuang Academy at a cost of over 3 million yuan (476,190 U.S. dollars).
"The wall paintings are so precious that we shall try our best to preserve and protect them," Wu said.

Located on the outskirts of Taiyuan, provincial capital of Shanxi, the tomb is considered to have some of the best-preserved murals from the Northern Qi period.
The interior walls of the tomb are decorated with paintings covering about 330 square meters, which experts say are of great archaeological significance.
The tomb was listed as one of the top 10 archaeological findings in 2002, and in 2006 it was named one of the key cultural relics under state-level protection by the State Council, China's Cabinet.


To understand the beauty of these wall paintings, look at the following pictures: 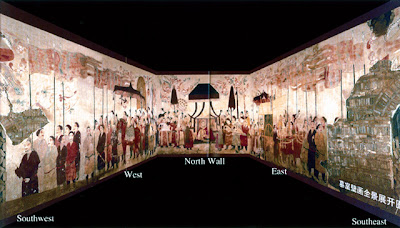 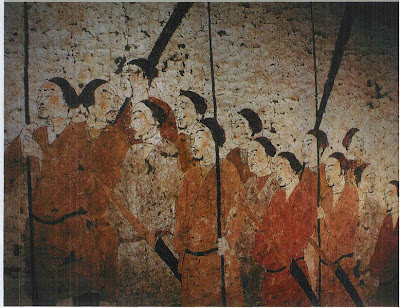 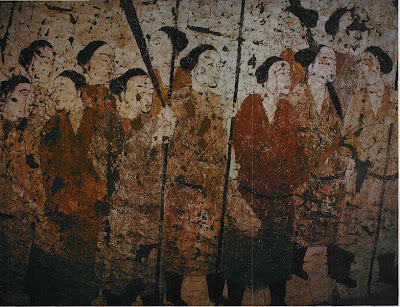 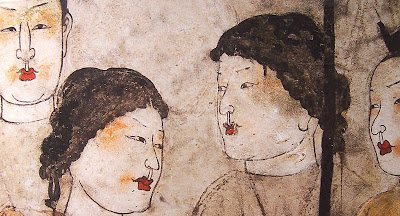