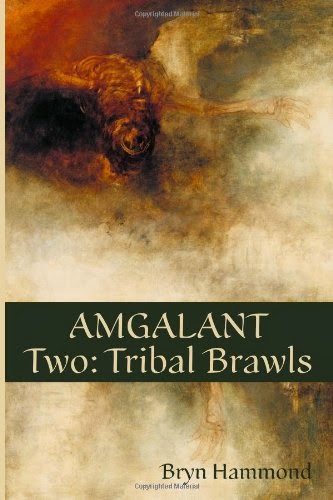 'Shamans flew outside the self in ecstasy. Other people found love, or causes.' Temujin has had to choose between love and his cause. As Tchingis Khan, he chose the latter. To his amazement his oath-brother marches to war upon him.It is just the first move in a game of rivalry across the steppe and twenty years. Temujin thinks he has instructions from God to unite the brother tribes. He doesn't want to do this by wars. But brotherly wars are what his God has scheduled for him, until Temujin cannot see an end that is worth these sacrifices.Sacrifices are said to earn grace. Has Temujin's God a grace for him, or for Jamuqa his oath-brother, who never believed in divine missions and whose fight has cost him dear? Or can they make their own?Amgalant means unity. In unity is strength - one way or another. 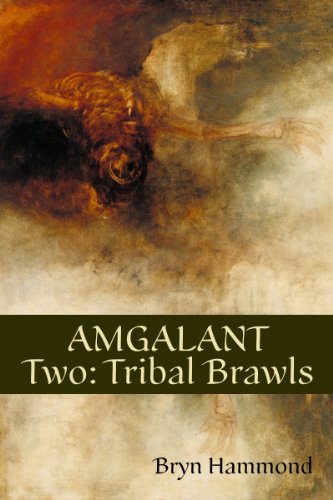 Amgalant Two: Tribal Brawls is the continuation of the Amgalant series. Hammond studied medieval history and literature while in college. She describes herself as a writer-in-a-garret and someone who does not pay much attention to the practical side of life. She currently lives in Australia.
Tribal Brawls picks up where The Old Ideal leaves off. There is no need to hide the main focus of the book; it is the rise of Genghis Khan. Much has been written on the ruler of the Mongols, and much of what has been written from Roman and conquered peoples’ perspective. Some common knowledge of Genghis Khan is more myth and legend than fact. The West tends to write history from its perspective rather neutral ground. Even the history of something as recent as the American Revolutionary War is not without controversies. It is held as a nearly holy event in American history, while in Britain, it is considered a minor civil war — a minor bump in their history. Perspective determines a person’s view. .
What Hammond does differently than most, and yes, I do know her book is historical fiction and not history, is use the Mongol text The Secret History of the Mongols. This text is thought to have been a copy written in the 14th century. The original was written some time after Genghis Khan’s death. The text remained unknown in the West until the early twentieth century. It is the most detailed account of Mongol history we have. There is, no doubt, some editing of Genghis Khan’s life after his death, but it is actual Mongol history written by the Mongols.
Hammond uses The Secret History as her outline and creates and epic series on the life of Genghis Khan. This creates the background history for the novel, and with it comes hundreds of pages of story. Of course, anyone can open up Wikipedia and get the CliffsNotes version, but you would be missing a great deal. Perhaps most important in understanding another people, is understanding their culture. This is where Hammond takes Tribal Brawls above and beyond most histories and beyond any history of the Mongols I have encountered. History tends to tell the “what”. Culture tells the how and why. Here we have the politics, the rivalries, the explanations of the conquerors, the interaction of the people, the beliefs of the people, and what it meant to be a Mongol. History provides a skeleton and culture provides the muscle, organs, and skin.
Perhaps the other thing missing from the simple history most people have experienced, is Hammond’s passion for the subject. She does not write just to write, she has a calling. A quick look at her Goodreads profile or her Twitter feed will let you how just how much time she spends reading and studying the Mongol empire and the Steppes. This passions shows in her work with her attention to detail and the amount of details included in her writing.

As the story of Genghis Kahn continues in the Amgalant series the reader can expect an outstanding story that holds to history as much as possible. In the first book, I did have to take notes as I read. The culture is different, the peoples names are unfamiliar, and it does take place at a time which is unfamiliar to most. Here too careful reading is necessary and possibly a few notes to keep things straight. Again, it is not a problem with the writing, it is problem of familiarity. The writing is clear and detail orientated. As someone with a history degree I usually don’t promote historical fiction as a way to learn history. They may be an enjoyable distraction for historians, but nothing to take too seriously …much like the tagline “based on a true story.” The Amgalant series is different. There is plenty to learn from reading this series. Extremely well done.
Posted by Hans van Roon at 17:33