Greek kingdoms of Bactria and India through their coins 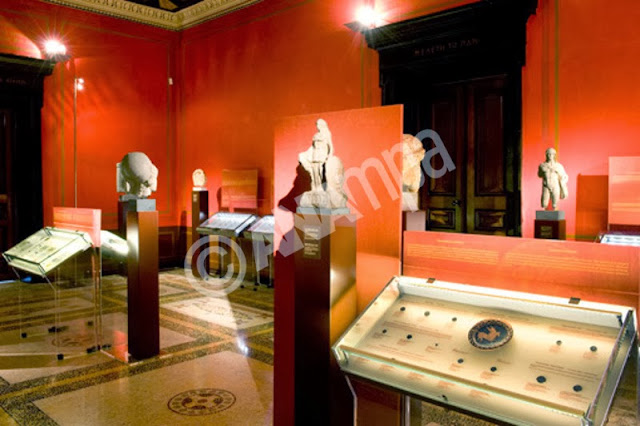 
ANA-MPA - The Numismatic Museum and Alpha Bank are presenting "The Greek Kingdoms of Bactria and India" through their coin collections in an exhibition that opens on March 11 at the Ilion Melathron, the Numismatic Museum's premises on Panepistimiou Street in downtown Athens.

The most important coin issues by leaders of the Kingdoms of Bactria and India will be included in the exhibition.
The kindoms flourished in the Hellenistic period, approximately a century after the death of Alexander the Great in 323 BC, covering parts of current-day India and Afghanistan.

Coins have preserved Greek writing, symbols and images that survived in the depths of Asia along with elements from local communities.

Prior to the exhibition's inauguration there will be a lecture by Dr. Osmund Bopearachchi, professor at Sorbonne and Berkeley, and director of the Archaeology Department-Hellenism and Eastern Cultures, at the French National Research Foundation (CNRS-ENS).
Posted by Hans van Roon at 22:02