Guardians to the King 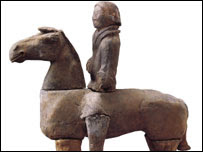 Also small exhibitions are fun f.i. this one in Colchester !!

Chinese terracotta figures that are more than 2000 years-old are going to be displayed in Colchester Castle Museum.

Figures from Chinese Han Dynasty period
The 43 miniature statues from Xuzhou Museum in Jiangsu Province, are going to be displayed as part of a year-long festival which celebrates 20 years of friendship between Essex and Jiangsu. 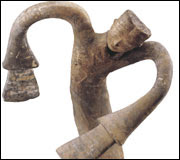 The figures are from the funerary objects of a king who ruled China from 206BC to 24AD and are from the same tradition as the slightly older terracotta warriors from Xian which have recently been on display at the British Museum.