Wakhan Quadrangle: Exploration and Espionage During and After the Great Game 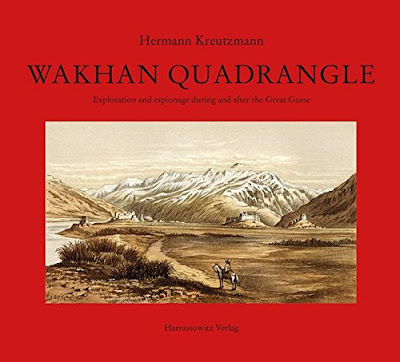 
The Wakhan Quadrangle became an arena of colonial competition when four powers - Afghanistan, China, Great Britain and Russia - struggled for dominance in a remote mountain region where only scattered communities lived in a challenging environment - called the "Great Game." Prior to this, various international travellers had been sent out, commissioned to record routes, military details and strategic information for the respective parties in the contest. Among the explorers were so-called indigenous intermediaries who were trained in measuring geodetic parameters and who noted down their observations about the customs, culture and economy of the people. They were expected to be knowledgeable in terms of linguistic skills and cultural practices and were less likely than their colonial masters to arouse suspicion. Munshi Abdul Rahim was an explorer who was sent to Wakhan and Badakhshan in 1879-1880 by the first British Political Agent in Gilgit. His report, reprinted in facsimile, is the centerpiece of this book. It was written during a crucial period for Wakhan that resulted in the imperial division of the formerly independent principality into two parts and the flight and migration of a large share of its inhabitants. His account is preceded by an introduction to the "Great Game" and its implications for the Central Asian interface. Munshi Abdul Rahim's narrative serves to discuss the function of providers of 'political' and 'non-political' information, i.e. the distinction between exploration and espionage from colonial times to the present day. The comments and interpretations are embedded in archival research and fieldwork done by the author over 40 years.
Posted by Hans van Roon at 20:58 No comments: 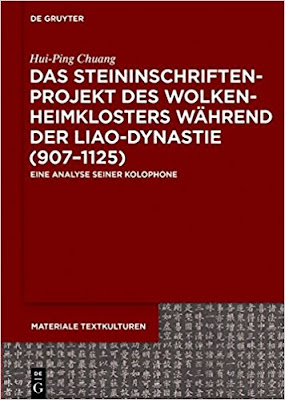 More news about the Shigor Idol

LiveScience  April 25, 2018 by Laura Geggel
A towering, human-like figure carved from wood and discovered in a Russian peat bog is more than twice as old as the Egyptian pyramids, scientists have found.
Gold miners discovered pieces of the elongated structure, dubbed the Shigir Idol, in 1894. But it wasn't until about 100 years later, in the late 1990s, that researchers did radiocarbon dating and found that the structure was about 9,900 years old, making it the oldest wooden monumental sculpture in the world, the researchers said.
But this dating wasn't reliable because it included only two pieces from the idol. So scientists recently did a more exhaustive analysis and discovered that the idol is much, much older than previously thought — about 11,500 years old — meaning it was constructed just after the last ice age ended. [25 Grisly Archaeological Discoveries]
This date makes the Shigir Idol more than double the age of the Great Pyramid of Egypt, which was built in about 2550 B.C.
In addition to updating the sculpture's birthday, the researchers found a previously unknown face carved into it, said study co-researcher Thomas Terberger, an archaeologist at the State Agency for Heritage Service of Lower Saxony, in Hannover, Germany.

It's a "miracle" that the Shigir Idol survived all this time, Terberger told Live Science. Researchers began studying the larch-carved figure after it was found in the Shigir peat bog, in Russia's Middle Ural Mountains. Pieced together, the sections of the humanoid idol stood more than 17 feet (5 meters) high.
Unfortunately, some of those sections have since been lost, so the idol now stands about 11.1 feet (3.4 m) high, Terberger said. The public can see the carved anthropomorphic figure at the Sverdlovsk Regional Museum.
"When I visited the Sverdlovsk Regional Museum for the first time, I was completely surprised by seeing this large wooden sculpture on display in the exhibition," Terberger said. "If you come closer to the sculpture, you will notice that the 'body' is decorated by geometric ornamentation and a few small human faces."
Some 20 years after it was discovered, researcher Vladimir Yakovlevich Tolmachev drew illustrations of the idol, noting the structure's five faces, the researchers of the new study noted. In 2003, a sixth, animal-like face with a rectangular nose was found by study co-researcher Svetlana Savchenko, a scientist at the Sverdlovsk Regional Museum.
Just like a hidden-pictures game, the idol surprised researchers again in 2014, when Savchenko and lead study researcher Mikhail Zhilin, an archaeologist at the Institute of Archaeology in Moscow, discovered a seventh face concealed in the gnarled wood.
These facial findings show that the early hunters, gatherers and fishers of Eurasia were making what was possibly spiritual art during the early Mesolithic, the researchers said.
"Such a big sculpture was well visible for the hunter-gatherer community and might have been important to demonstrate their ancestry," Terberger said. "It is also possible that it was connected to specific myths and gods, but this is difficult to prove."
Terberger noted that many researchers studying early humans focus on the Fertile Crescent in the Middle East. But the Shigir Idol indicates that these researchers should widen their search, given the "unexpected, complex monumental wooden art objects" of the Ural Mountains, he said.
The study was published online today (April 25) in the journal Antiquity. The research was made possible by Natalia Vetrova, the director of the Sverdlovsk Regional Museum, Terberger added.
Posted by Hans van Roon at 23:36 No comments: 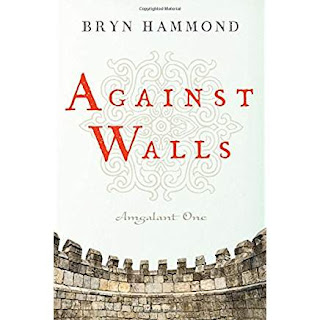 
In the steppes of High Asia, the year 1166… ‘What is a Mongol? – As free as the geese in the air, as in unison. The flights of the geese promise us we don’t give up independence, to unite.’ The hundred tribes of the Mongols have come together with one aim: to push back against the walls that have crept onto the steppe – farther than China has ever extended its walls before. Walls are repugnant to a nomad. But can people on horses push them down, even with a united effort? This story begins when nobody has heard of Mongols – not even most Chinese, who think the vast Northern Waste at its weakest and are right. A spectacular history starts obscurely… Against Walls is the first in a trilogy that gives voice to the Mongols in their explosive encounter with the great world under Tchingis Khan. Both epic and intimate, Amgalantsees the world through Mongol eyes. It’s different from the world you know. 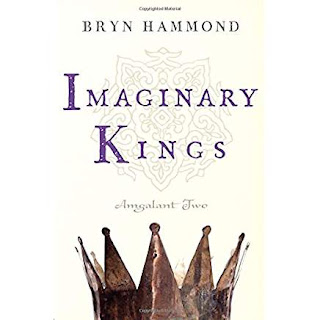 In the steppes of High Asia, the year 1188… ‘Jamuqa rode his trophy mare, off-white, black-pointed, on a Tartar seat, high arches of ornamental silver fore and aft. He wore a winterfur of snow leopard, near white with black whorls. The effect was kingly and fantastic: he might be Irle Khan himself, the king of ghosts, in his eery splendour.’ Aged twenty, Temujin has been named Tchingis, khan over the Mongols. But only a third of his people accept a kingship based on dreams and omens. His own sworn brother Jamuqa challenges his title, and comes in the guise of a mock king against him. The steppe has been without a great khan for three hundred years – fragmented in the face of giant China. Are dreams and omens enough to unify its peoples? What makes a true king? Imaginary Kings is the second in a trilogy that gives voice to the Mongols in their explosive encounter with the great world under Tchingis Khan. Both epic and intimate, Amgalant sees the world through Mongol eyes. It’s different from the world you know. ‘Amgalant brings to life a complex, remote society with amazing immediacy’
Posted by Hans van Roon at 13:59 1 comment: