Genhis Khan in the Houston Museum of Natural Science

Born with nothing, he rose to become the most powerful man of his time, conquering nations to build the largest empire the world had ever seen.
Exhibition in the Houston Museum of Natural Science, organized by Genghis Khan Exhibits, Inc. in cooperation with the Ministry of Education, Culture and Science, Ulaanbaatar, Mongolia, The National Museum of Mongolian History, The Institute of Archaeology of the Mongolian Academy of Sciences, The National Library of Mongolia, The Military Museum of Mongolia, The Dornod Province Museum and The State Hermitage Museum, St. Petersburg, Russia.

Genghis Khan's name is legend, as his brutality. During his reign, he conquered three times more land than either Julius Caesar or Alexander the Great. But Genghis Khan was much more than a barbarian. In fact, it was Genghis Khan who first created national parks, the postal system, international law and the borders of modern nations. His Empire was the safest and most tolerant of lands. We can trace hamburgers, skis, passports, charcoal and even pants to this renowned warrior.

Discover the real Genghis Khan, in a new special exhibition featuring the largest number of artifacts from his reign ever gathered, including a newly discovered mummy and tomb treasures.

“Although he was often referred to as a brutal killer, Genghis Khan achieved his victories through brilliant tactics, earning him a well-deserved reputation as a military genius,” said Dirk Van Tuerenhout, curator of anthropology of the Houston Museum of Natural Science. “Yet, this special exhibition presents a new image of the legendary leader. He developed a great number of improvements for the Mongol Nation. For instance, he built bridges and roads to help trade with other countries and created Mongolia’s first written language. Many of his innovations are still in use today.” 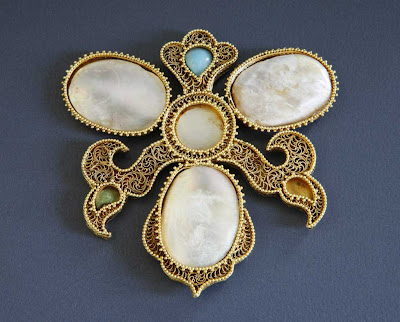 In Genghis Khan, delve into an immersive recreation of scenes from the Khan’s empire, from the lush grasslands to his extensive capital in the largest-ever presentation of 13th century treasures, many which might have been used during the Khan’s empire. Approximately 200 spectacular artifacts will be on display, including Mongolian costumes, headdresses and instruments from the National Museum of Mongolian History; and imperial gold, metal ornaments, beads, a tombstone and more from Russia’s State Hermitage Museum.

However, telling the tale of Genghis’ life and his contributions to world culture takes far more than precious artifacts. The exhibition offers visitors innovative role-playing, archaeological excavation, Mongolian music and costumes, and special effects to create the exotic atmosphere of ancient Mongolia.

Undoubtedly, one of the exhibit’s most attention-drawing displays is the mummified murder victim, recently uncovered in a Mongolian cave. The mysterious mummified nomad will be on display when Genghis Khan opens to the public February 27 through September 7, 2009.
Posted by Hans van Roon at 19:18 No comments: