Buddhist Art of Gandhara: In the Ashmolean Museum 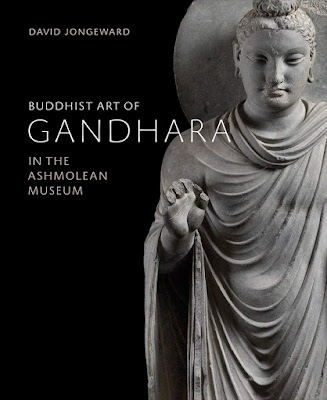 Buddhist Art of Gandhara is a scholarly catalogue of the Ashmolean Museum's important but still largely unpublished holdings of the Buddhist sculpture and related art of the historic Gandhara region (modern North West Pakistan / East Afghanistan) in the early centuries AD (c. 0-600 AD). This region was a major centre of Buddhist culture and facilitated the transmission of Buddhism and its art from India via the Silk Road to Central Asia, China and the Far East. The book contains introductory essays, with additional illustrations, suitable for the general reader as well as the specialist.Contents: General introduction; 1. Stupas and reliquaries; 2a. Life panels; 2b. Panels and fragments; 3a. Buddhas; 3b Bodhisattvas; 4. Stuccos; 5. Bronzes; 6. Deities; 7. Household objects; Bibliography, Index.

Formerly a lecturer in anthropology, David Jongeward is an acknowledged authority on the art of Gandhara. He previously catalogued the Gandhara collection of the Royal Ontario Museum (2003), and edited a major book on Gandharan reliquaries (2012). He now works as a freelance scholar, with affiliations to the University of Toronto.
Posted by Hans van Roon at 17:40 2 comments: