Tao, Another Way of Being 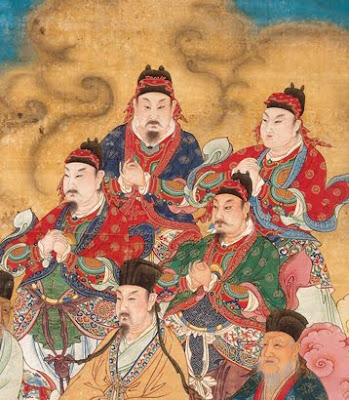 An exhibition organised by the Réunion des Musées Nationaux and the Musée des Arts Asiatiques Guimet.

Interested in all forms of creation and particularly open to the great civilisations, the Galeries nationales, in conjunction with the Musée des Arts Asiatiques Guimet, are preparing Europe’s first great exhibition on Taoism. Tao, Another Way of Beingwill introduce a western public to a mode of thought and conception of mankind in the universe which are fundamentally foreign to them. Certainly, many have already heard of Taoism, or yin and yang with its elegant graphic symbol, or the open air gymnastics and breathing exercises known as qi gong. But despite its charm, Taoism remains obscure. The topics explored in this exhibition will give visitors an opportunity to understand the philosophical, poetic, religious and scientific approaches which make Taoism “another way of being”, whose ultimate aim is akin to the search for a harmonious, durable rapport between man and the universe.

With an array of 250 works – painting, sculpture, ceramics, bronze and textiles – the exhibition traces the expression of Taoism over the centuries through a few founding themes and presents the most beautiful items from the Musée Guimet, and other collections in Europe, the United States and Taiwan in an unusual, transversal display. Often unfamiliar or used out of their proper context, these works take on their full meaning in the exhibition.

Taoism is not a religion in the usual sense, that is, subservient to a single god and creator, but more simply a life style, a state of mind which accepts many different attitudes and schools.
Taoism is a mode of thought which exalts life and gambles on the happiness of beings on earth and beyond. It supports its theories with the image of the radiant joy that illuminates the saint from within and beams out to all beings.
The philosophical foundations of Taoism were already laid in Chinese society long before “religious Taoism” developed in the late 2nd century AD. It was structured like a real religion, with a pantheon, sacred texts, a priesthood, organised parishes, temples and followers.

It was the later development of Confucianism, then the intrusion of Buddhism, combined with other historic events, which prevented Europeans from seeing the religious and cultural importance of Taoism in China. The reprinting and distribution of the sacred texts of the Taoist canon in 1926, at a time when it seemed doomed to disappear, launched a major effort of translation, analysis and interpretation which brought Taoism back into the concert of the world’s religions.