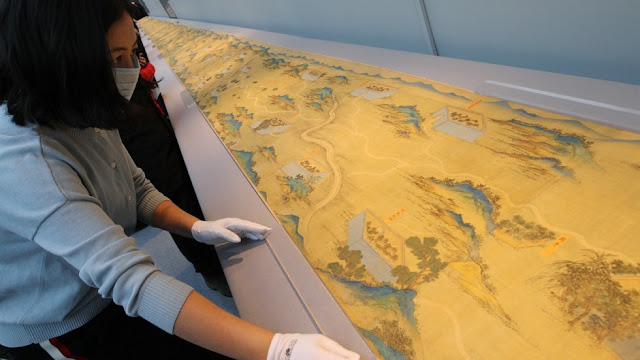 South China Morning Post 30 November 2017
When Hong Kong tycoon Hui Wing-mau instructed his company to buy a Ming dynasty Silk Road map for 133 million yuan, he knew the value of the item was beyond just the price tag.

His company, Shimao Group, recently bought the Landscape Map of the Silk Road from a private collector and donated it to the Palace Museum in Beijing, adding one more relic to the world-renowned museum that is home to 1.8 million treasures.
The low profile tycoon, once ranked by Forbes as China’s second richest person, bought the map because it carries significant historical value of China’s understanding of the Silk Road in the Ming dynasty. He felt he needed to buy it, especially after China’s President Xi Jinping has launched the go-global trade strategy, the “Belt and Road Initiative”.
The map’s value ended up probably being beyond what even Hui had expected. When US President Donald Trump visited Beijing in November, President Xi took him on a visit to the museum’s “relic museum” and the map was one of the items the two leaders saw. 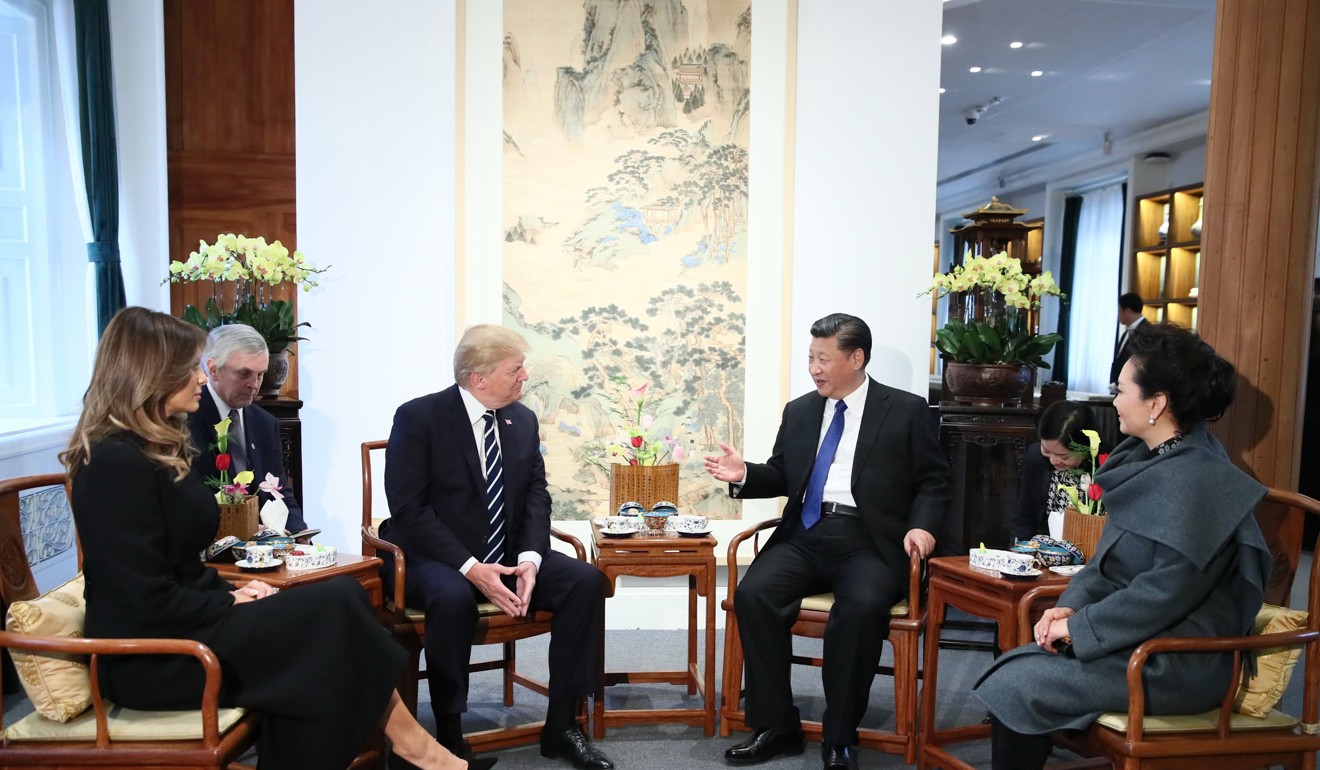 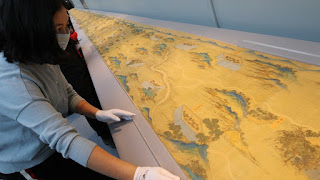 “The value of the map cannot be measured by money,” Hui said at a ceremony on Thursday as the museum officially marked the transfer. “Today, (the map) is finally home.”
The map, 30.13m long and 0.59m wide, was produced during the 16th century during the Ming dynasty. It includes 10 countries and regions, including China, Iran, Afghanistan, Central Asia and North Africa – from the Jiayuguang city of Gansu province to Mecca.
In the 1930s, the map landed in the hands of the Yurinkan Museum in Kyodo, Japan. In 2002, the map was obtained by a private collector on the mainland, until Hui’s company bought it recently. 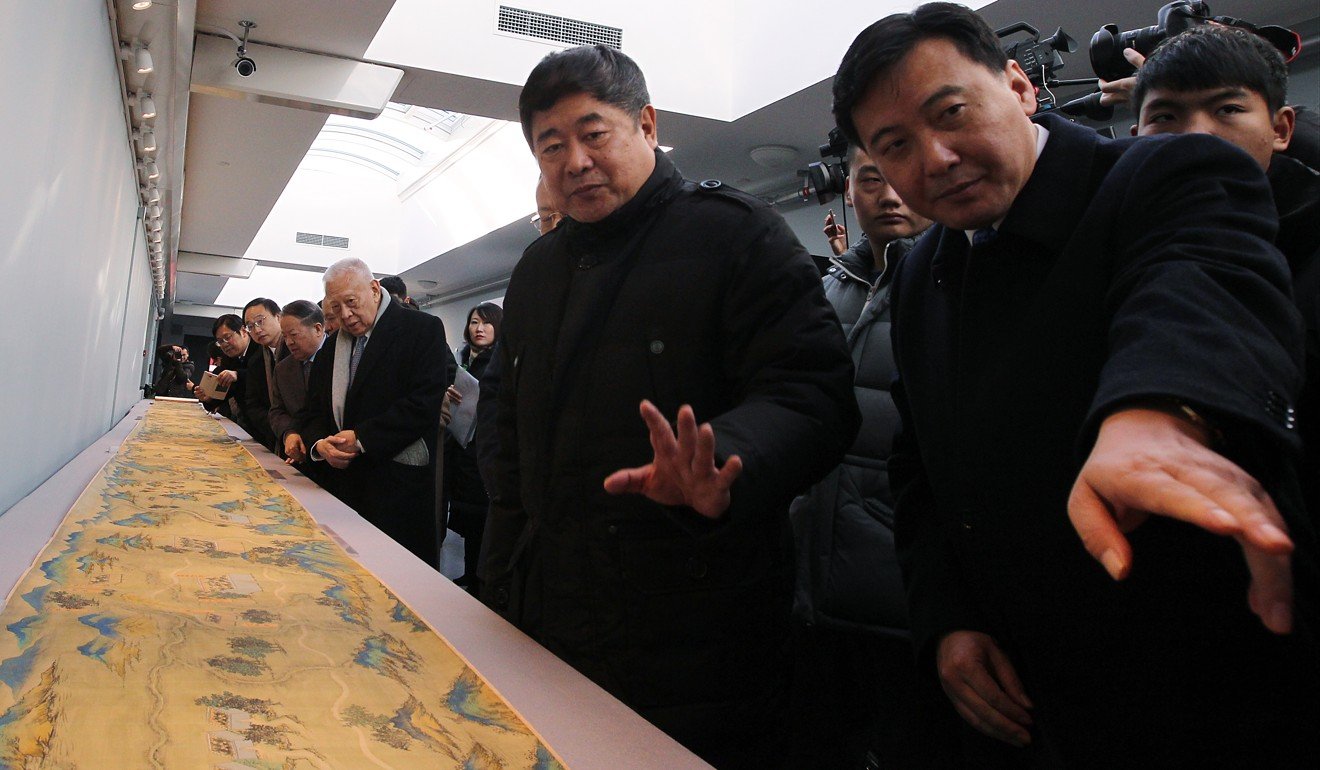 The museum’s director, Shan Jixiang, said at the ceremony that the map contains significant historical value because it shows China’s understanding of the Silk Road during the Ming dynasty. Now that China is pressing ahead with its global trade strategy, the Belt and Road Initiative, Shan said, the map has a particularly important “political meaning”.
After graduating from high school during the Cultural Revolution, Hui was sent to the countryside to work as a barefoot doctor. 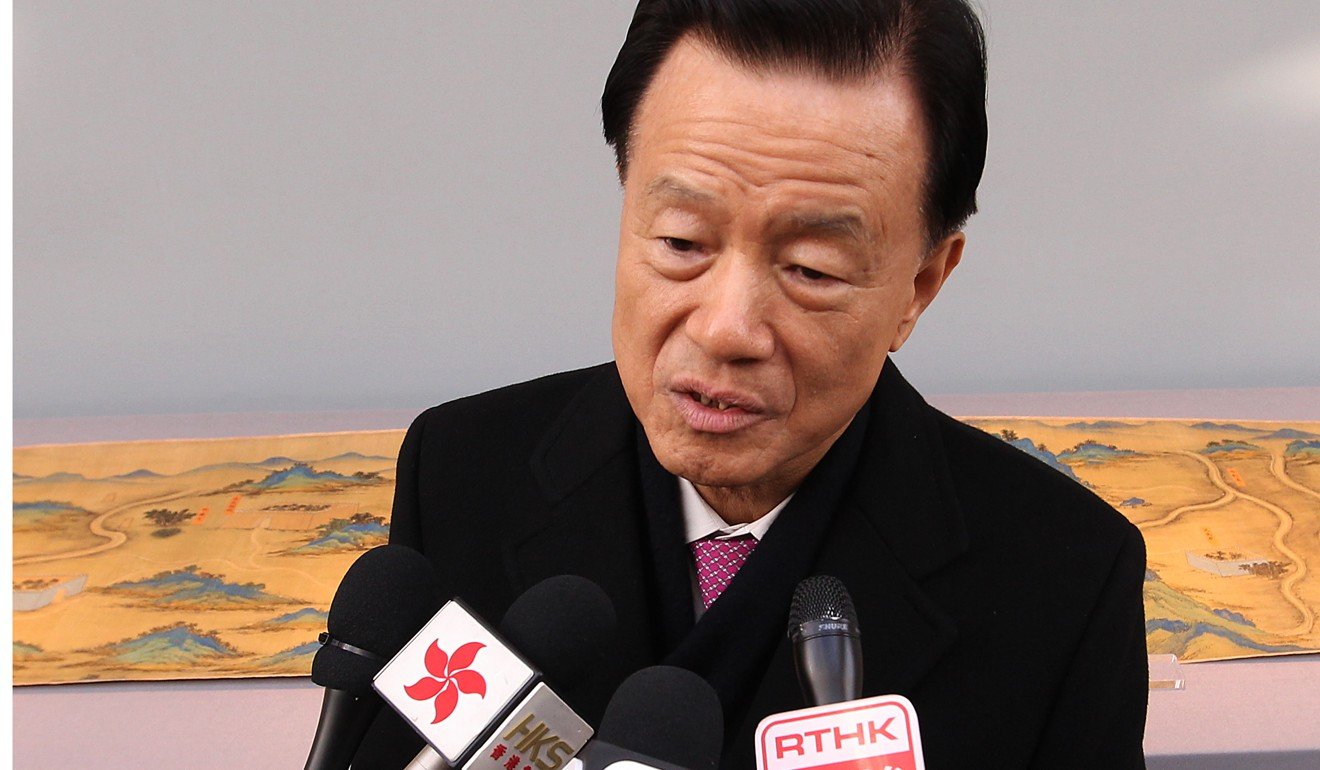 He made his way to Hong Kong in the late 1970s and worked in a textile factory. He returned to Fujian in the mid-eighties and started to invest in textile factories, telling friends he had made money by dabbling in the Hong Kong stock market.
In 2006, Forbes magazine ranked Hui as the second richest person in China with a net worth of US$2.1 billion at the time. According to Forbes, his net worth has now grown to US$7.2 billion, but his ranking slipped to the 22nd place this year.

Hui is no stranger to the Palace Museum. Last year, his company donated 80 million yuan to repair the museum’s Hall of Mental Cultivation, which was built in 1537.
“Culture is a nation’s soul. Without prosperity in culture, there will be no rejuvenation for the Chinese nation,” Hui said, referring to Xi’s vision for the country.
He added he may suggest that director Shan showcase the map in Hong Kong in the future.
Among the guests at the ceremony on Thursday were Tung Chee-hwa, vice-chairman of the nation’s top political advisory body, the Chinese People’s Political Consultative Conference, and director Zhang Xiaoming of the State Council’s Hong Kong and Macau Affairs Office.
This article appeared in the South China Morning Post print edition as: Tycoon gives Silk Road map to museum
Posted by Hans van Roon at 12:19